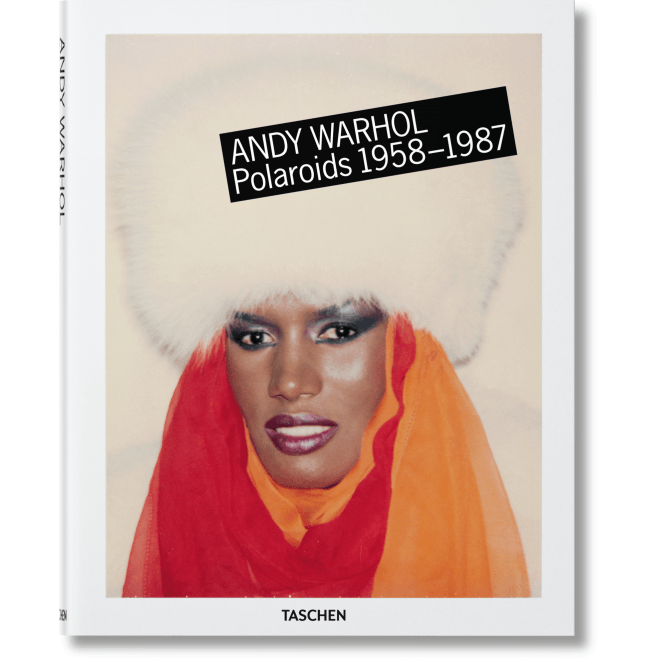 Created in collaboration with the Andy Warhol Foundation, this book reveals hundreds of instant pictures by the artist. From self-portraits to still lives, anonymous nudes to New York high society, from Cabbage Patch dolls to Dolly Parton, Keith Haring to Audrey Hepburn, these impromptu images offer a unique record of the Pop Art maestro’s world.

© The Andy Warhol Foundation for the Visual Arts, Inc.

Andy Warhol was a relentless chronicler of life and its encounters. Carrying a Polaroid camera from the late 1950s until his death in 1987, he amassed a huge collection of instant pictures of friends, lovers, patrons, the famous, the obscure, the scenic, the fashionable, and himself. Created in collaboration with the Andy Warhol Foundation, this book features hundreds of these instant photos.

Portraits of celebrities such as Mick Jagger, Alfred Hitchcock, Jack Nicholson, Yves Saint Laurent, Pelé, Debbie Harry are included alongside images of Warhol’s entourage and high life, landscapes, and still lifes from Cabbage Patch dolls to the iconic soup cans. Often raw and impromptu, the Polaroids document Warhol’s era like Instagram captures our own, offering a unique record of the life, world, and vision behind the Pop Art maestro and modernist giant.

© The Andy Warhol Foundation for the Visual Arts, Inc.

Richard B. Woodward is a New York based arts critic who contributes regularly to the Wall Street Journal and New York Times. His journalism has appeared in numerous publications, from The Atlantic, Bookforum, Film Comment, The American Scholar, and The New Yorker to Vanity Fair, Interview, and Vogue. His essays on art and photography have been featured in more than 20 monographs and museum catalogs.