X
This site uses cookies to provide and improve your shopping experience. By continuing to use this site, you agree to accept these cookies.
For more information, please see our Cookies Page
More Info
Accept Cookies
Book Your Showroom Appointment Here! 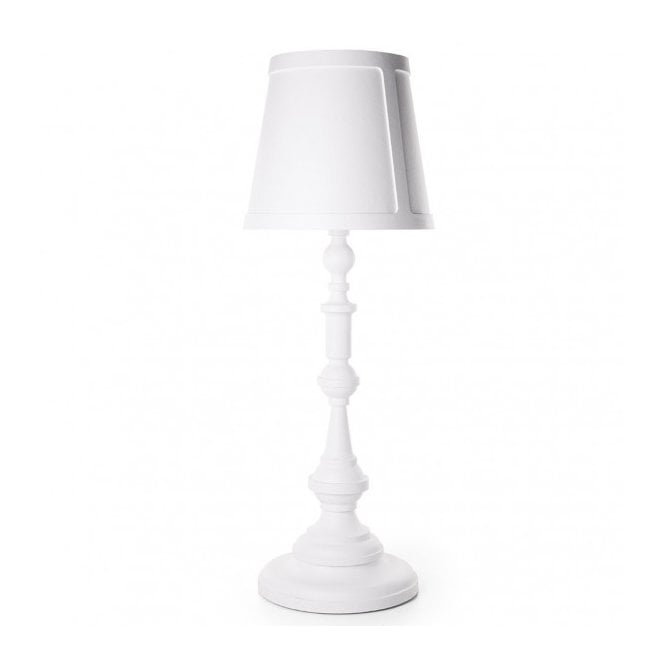 DETAILING: With a height of almost 2 meters, the Paper Floor Lamp certainly has a striking appearance

The Paper Floor Lamp is an impressively robust design made from paper, inspired by classic icons but manufactured like modern day furniture, its furniture collections is an ode to classical and to the material.

Effective both as an ambient room light as well as a statement piece due to its large size.

Ideal for both public and private setting to creates a strong presence.

MOOOI – A legendary brand created by the Marcel Wanders & Casper Vissers in 2001, inspiring and seducing the world with breath-taking, innovative designs. The extra “O” in Moooi is to convey something extra in terms of beauty and uniqueness. Moooi collection is always original, unexpected, eclectic, rebellious and sophisticated and is always on the edge of commercial reality and cultural interest. A well-curated mix of lighting, furniture and accessories that outlast everyday interiors, define personalities of spaces & deliver the extra touch of creativity and beauty that is always unexpected and yet so exquisitely welcome.

Browse our range of Moooi at Glassdomain.

STUDIO JOB - Founded in 2000 by Nynke Tynagel and Job Smeets both graduates of the Design Academy Eindhoven now based in Antwerp and the Netherlands. They redefine the applied arts for the contemporary age. Their collaboration has created highly expressive, mainly one-off or limited edition works, from the outset. Often cast in bronze or, later, crafted from laser-cut marquetry, the physical potential and malleability of the materials they use is pushed to the hilt. Their approach is more in keeping with that of traditional guilds than anything industrial. For Studio Job, creation is pre-eminent over definition. Smeets describes it thus: “Unlike most, we are probably not coming from Modernism. Studio Job’s contribution is that we have rediscovered a lost path. Consciously and carefully, we are positioning decorative arts in the twenty-first century. Is that design? Whatever. Is that art? Whatever, really.” Opulent, intricate and ironic, Studio Job combine an extraordinarily high level of craftsmanship with extreme ornamentation. They reference both the traditional and the topical, the organic and the artificial. This narrative conveys a tension between the good and the bad exploring all facets of each. Their iconography is at once heraldic and cartoon-like, monumental and yet somehow primitive. Due to this combination of elements, Studio Job’s style has become synonymous with the term ‘neo-gothic’. This style is placed within an enigmatic, intellectual framehttp://www.studiojob.be/work by the number and complexity of symbols and signifiers it conveys.  Studio Job’s work is widely collected both in the private and public sectors. Although, by definition, their work has primarily been geared towards collectors and museums, Studio Job has collaborated successfully with various likeminded brands eg. Bulgari, Swarovski, Bisazza, Venini, Land Rover, Viktor & Rolf and Moooi. There have been solo exhibitions in eg New York, Tokyo, Los Angeles, Paris, London, Milan, Geneva, Miami and Basel. Today, Studio Job designs are in collection of more than 40 museums worldwide. In 2009 Nynke and Job opened Studio Job Gallery, a curatorial exhibition space for contemporary art and design based in Antwerp. In 2010 an important monograph titled The Book of Job’ was launched by the New York publishing house Rizzoli and the Studio Job Lounge was opened inside the prestigious Groninger Museum. In 2011, Nynke and Job turned a post war villa into Studio Job House filled with modernistic icons and contemporary pieces. The Groninger recently dedicated a massive retrospective accompanied by a new book to celebrate the large body of work of these world famous creators.

Browse our range of Moooi at Glassdomain.

Moooi is a legendary brand created by the Marcel Wanders & Casper Vissers in 2001, inspiring and seducing the world with breath-taking, innovative designs. The extra “O” in Moooi is to convey something extra in terms of beauty and uniqueness. Moooi collection is always original, unexpected, eclectic, rebellious and sophisticated and is always on the edge of commercial reality and cultural interest. A well-curated mix of lighting, furniture and accessories that outlast everyday interiors, define personalities of spaces & deliver the extra touch of creativity and beauty that is always unexpected and yet so exquisitely welcome.