This site uses cookies to provide and improve your shopping experience. By continuing to use this site, you agree to accept these cookies.
For more information, please see our Cookies Page
More Info
Ok
COVID-19 Update | We're Open!
Sale 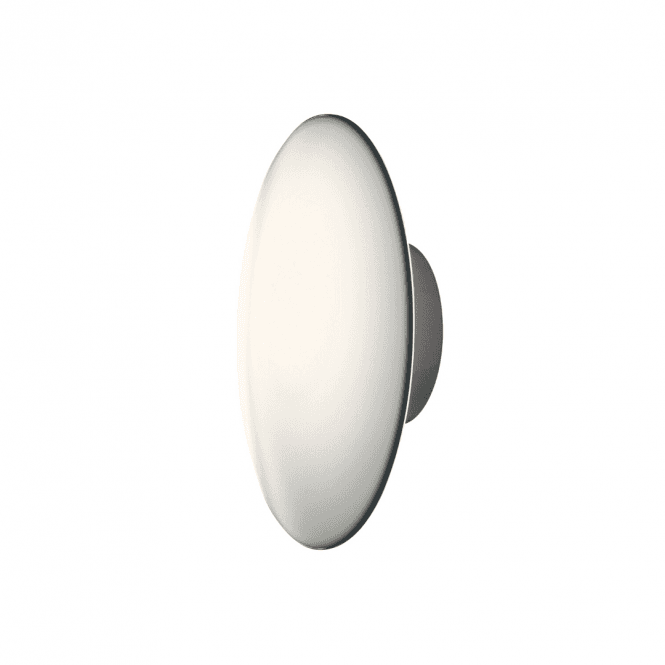 Designed by Arne Jacobsen
Code: 5743155563
Item in Stock Item out of Stock | Usually dispatched within 24 hours
Loading...
Ask A Question
Email A Friend

The AJ Eklipta wall light by Arne Jacobsen ideal for indoors such as staircases and outdoor as a wall fixture. The light emits soft comfortable light. The glass is designed to provide a uniformly lit surface. The three-layer mouth-blown opal glass shade has a transparent edge, providing a decorative halo of light around the fixture.

LOUIS POULSEN - In 1924, Poul Henningsen created his influential Paris lamp for Louis Poulsen, and the origin of how we still design to shape light can directly be traced back to his views on the dualities of design and light. Founded in 1874, Louis Poulsen is a Danish lighting manufacturer born out of the Scandinavian design tradition where form follows function. The function and design of our products are tailored to reflect and support the rhythm of natural light. Every detail in the design has a purpose. Every design starts and ends with light. We believe in passionate craftsmanship that produces quality lighting and design products that are pleasing to the eye and to the light. In close partnership with designers, architects and other talents like Poul Henningsen, Arne Jacobsen, Verner Panton, Øivind Slaatto, Alfred Homann, Oki Sato and Louise Campbell, we have established ourselves as one of the key global suppliers of architectural and decorative lighting. Defying traditional product categories, our products serve and span the professional and private lighting markets for both indoor and outdoor applications. Our means are simple and beautiful design. Our purpose is to create an attractive ambience that affects people and spaces. We design to shape light.

Browse our range of Louis Poulsen at Glassdomain

ARNE JACOBSEN was born and raised in Copenhagen. In 1927, he graduated as an architect from the Royal Danish Academy of Fine Arts in Copenhagen. After graduating, he obtained his first job at the office of the City Architect of Copenhagen launching his own office only two years later. Arne Jacobsen is a world famous Danish modernistic architect. His buildings are numerous in Denmark, Germany, and the United Kingdom. Among his more famous projects are the National Bank in Copenhagen (1971), SAS Royal Hotel & Terminal, Copenhagen (1960), and St. Catherine’s College in Oxford, UK (1963). It is said that his fear of flying inhibited him from making a full impact on the American Architectural environment. As an architect, Arne Jacobsen had very strong decision making skills, making it possible for him to influence not only the design of the building itself, but the majority of the details. Over the years, he ventured into various fields related to his work, such as light fixtures, furniture, cutlery, door handles, sanitary fixtures, fabrics, and wallpaper patterns. "The Egg" and "The Swan" are two famous chairs designed by Jacobsen. During Arne Jacobsen’s lifetime, he received several prestigious awards both at home and abroad. He became a professor at the Royal Danish Academy for 11 years and through that he influenced an entire generation of Danish Architects. Each eventually developed their own architectural language, built upon the same rationalistic and minimalist approach toward architecture.

Browse our range of Louis Poulsen at Glassdomain